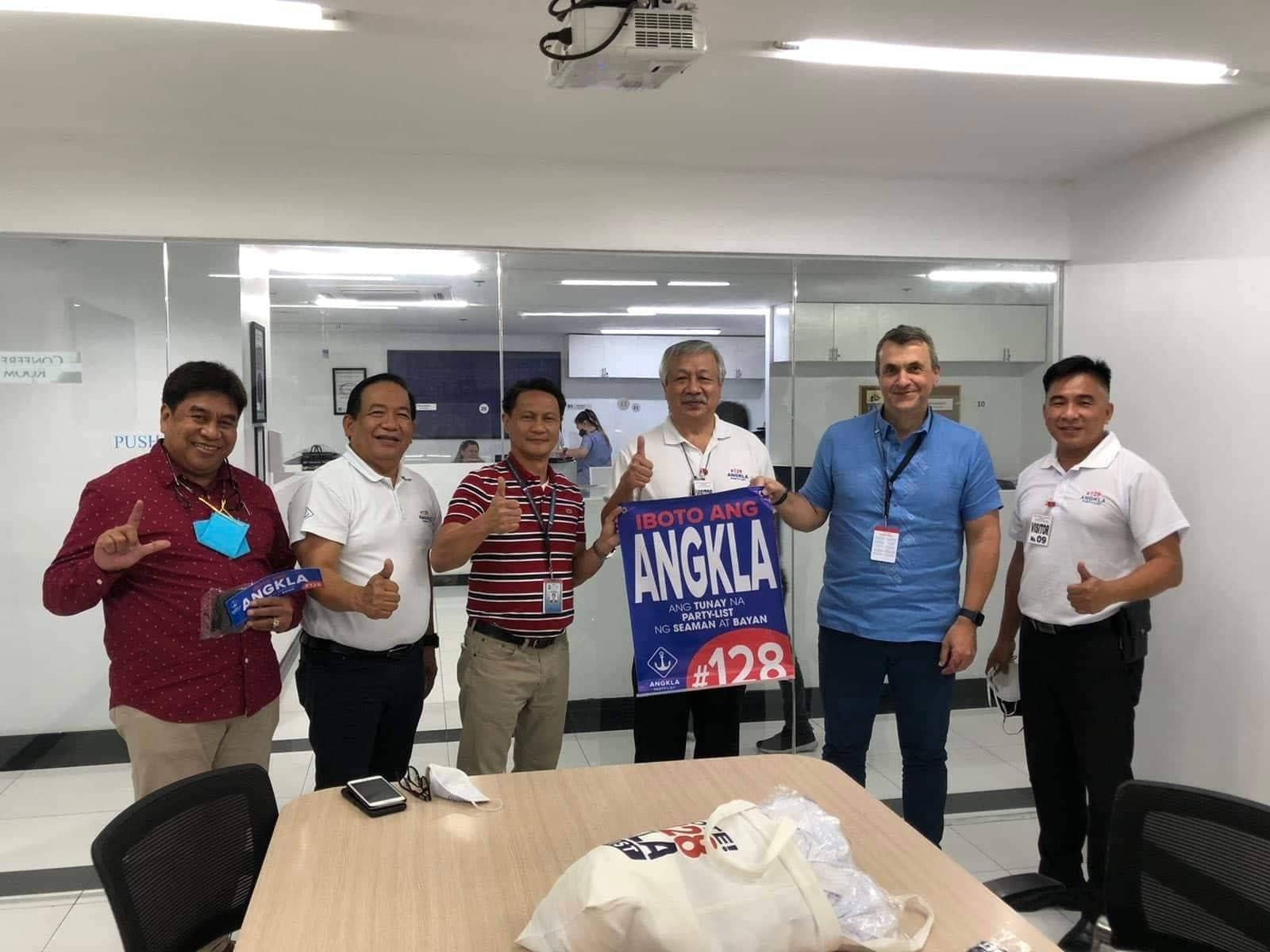 On March 11, 2022 ANGKLA Party-list visited our office to lay down all their platforms with regards to the safety  and frameworks of the seafarers, they promise that they will lift up the maritime industry in our country. The management of 88 Aces is fully committed for the party and even openly campaigning for this Party-list in their own staff and seafarers.

ANGKLA was organized back in 2013 by professionals in the maritime industry consisting of Seafarers, Ship builders, Naval Architects and Lawyers to be the voice of the Maritime sector. During 2013 election ANGKLA was the first and only maritime party-list elected in the congress, which gave them a chance to pass laws, provide frameworks, protect the safety, livelihood and most especially the rights of our seafarers, During their stint in congress they manage to pass laws to provide frameworks for our seafarers. Seafarers Protection Act (R.A no. 10706) to protect seafarers from abusive lawyers,  STCW/Manalo Law (R.A no. 10635) Designated MARINA as the single maritime administration for STCW, Naval Architecture Law (R.A no. 10698) to produce world-class naval architect who will design, build and repair the Philippine ships of tomorrow, Estate & Donor's Tax Reduction  (R.A no. 10963 incorporating House Bills 458 & 1026) to reduce the Donor's and Estate tax from 30% to 6%. ANGKLA also passes House Bill 456 to implement international maritime instruments on safety of life at sea, collision and load lines, and the House Bill 460 aims to create a single classification society to determine the seaworthiness of vessels.

ANGKLA provided Medical Assistance to seafarers and their families in 11 hospitals across the country, with a total amount of P36.4 million to thousands of beneficiaries. They initiated the MARINA Central Office building to ensure MARINA's ability to fully address the needs of seafarers in the Greater Manila Area and nearby provinces, through their initiative the Seafarer Centers in Cebu, Iloilo and Bacolod were built in 2018 and around 60 million budget was provided.

ANGKLA party-list envisions a truly maritime Philippines, with a word-class national fleet, crewed by Filipino maritime professionals, onboard  vessels built in the Philippines and compliant with the highest internationals standards.